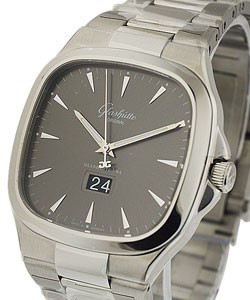 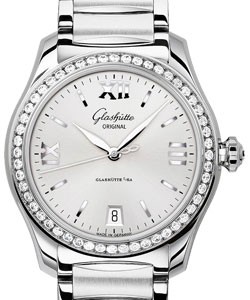 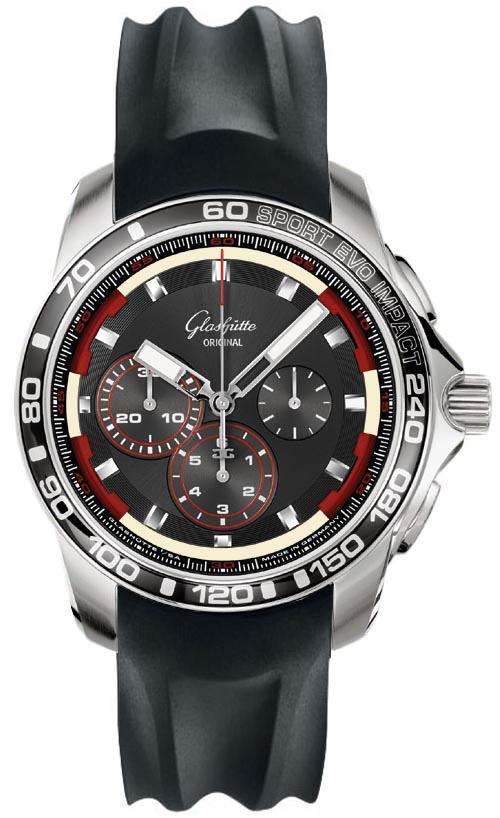 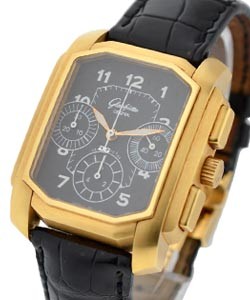 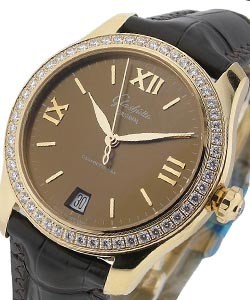 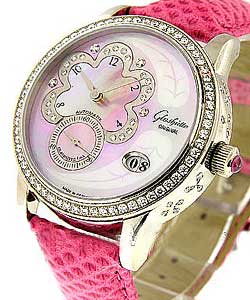 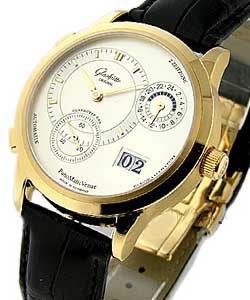 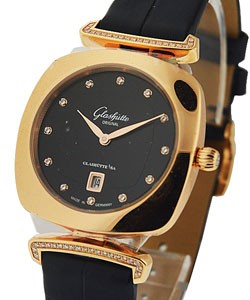 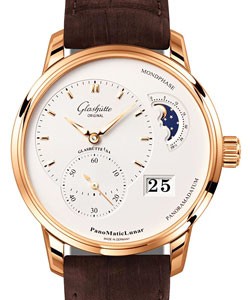 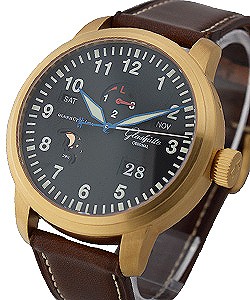 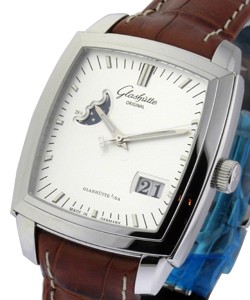 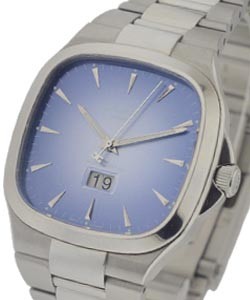 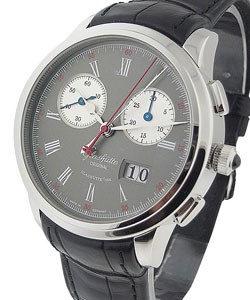 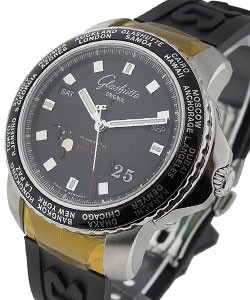 Glashutte was founded in 1845. However, the East German government consolidated it in 1951. Following the German reunification in 1990, Glashutte reestablished itself. In the year 2000, The Swatch Group purchased Glashutte and has attempted to utilize its company's traditions. Glashutte only makes timepieces in limited editions and are all mechanical masterpieces.

The Glashutte line of watches is definitely targeted and geared for men - and it is our sincere belief that Glashutte makes an absolute stunning watch - especially the first time you gaze at one. The 'Pano' line has a signature look which features a dial with an off-center hour and minute display. The 'PanoRetroGraph' has what looks to be a power reserve indicator at 3 o'clock but actually it's a chronograph with flyback functions. Glashutte also makes a more conservative 'Karree' line and the 'Senator' line.

* https://www.essential-watches.com/ sells only 100% Authentic Glashutte watches, but is not and does not claim to be an Authorized Dealer of ANY brand advertised on our website including Glashutte. Because we are not an Authorized Dealer for Glashutte, we can not advertise their watches as "brand new". For all intents and purposes, the watches we sell are USED, but are in immaculate - perfect - never sold condition. We specialize in discounting only the highest-grade 100% Authentic Swiss and German timepieces. We trust these timepieces to be of such high caliber that we warranty all "unworn condition" watches for a period of 2 years unless it is sold as a used watch, and in that case, you will receive a 1 year warranty. You CAN NOT expect and WILL NOT receive the factory Glashutte warranty on any watch we advertise. We are the sole warrantor of ALL Brands sold on our website.
We encourage you to call us if you have any questions. +1-310-601-7264.