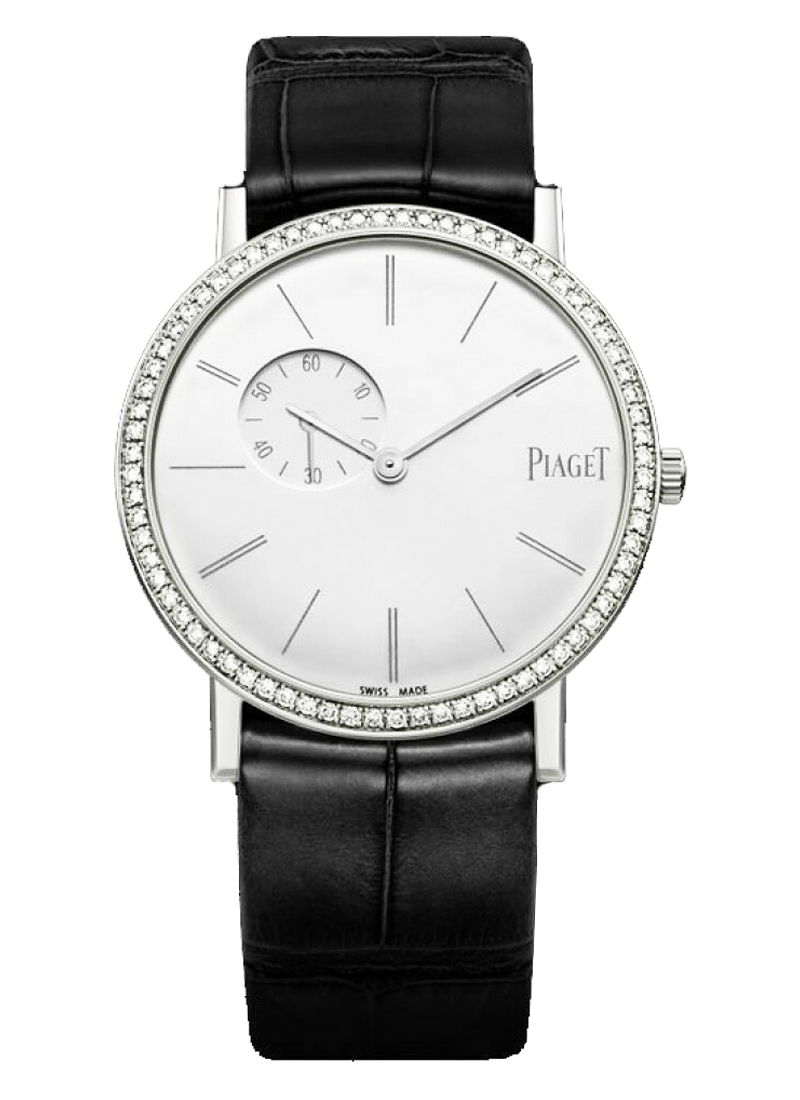 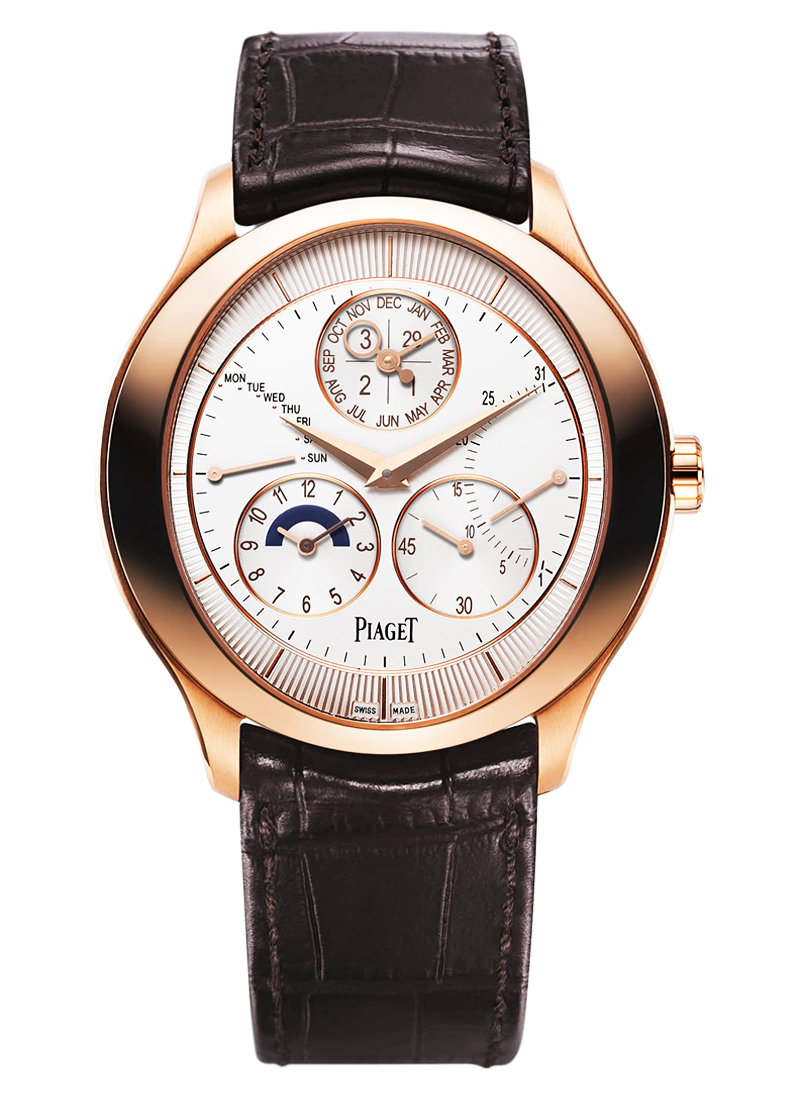 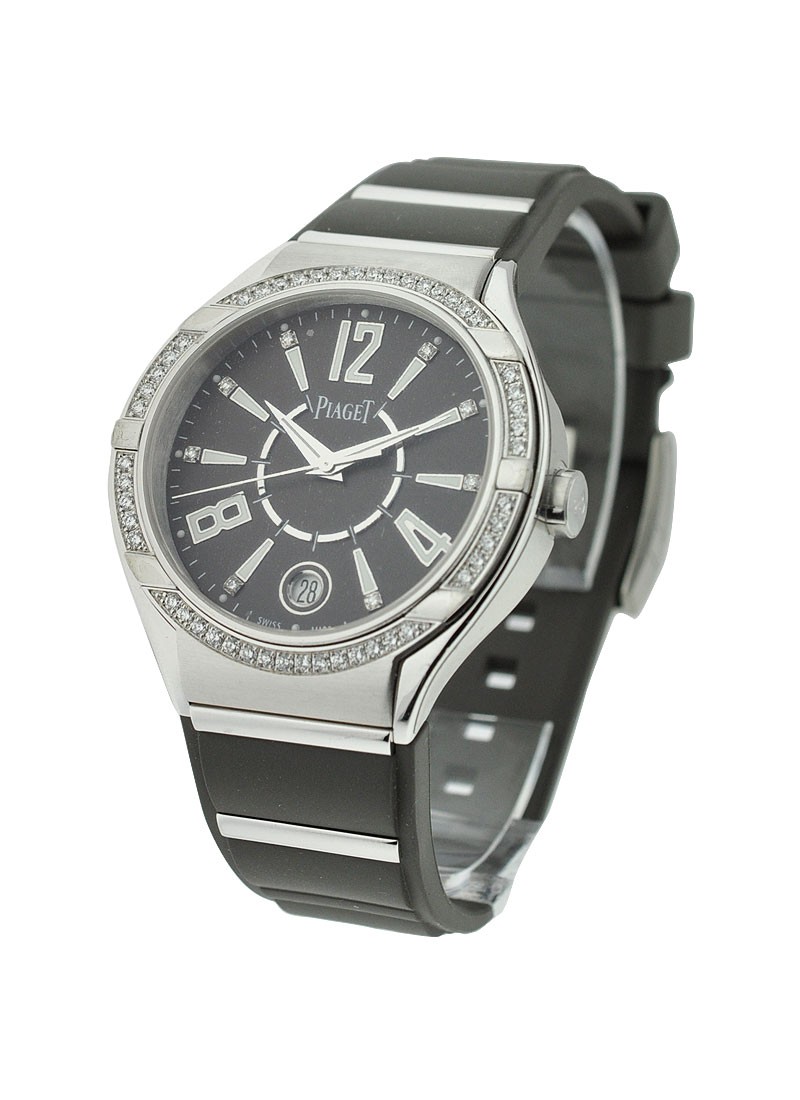 Polo FortyFive in Titanium and Steel with Diamond Bezel 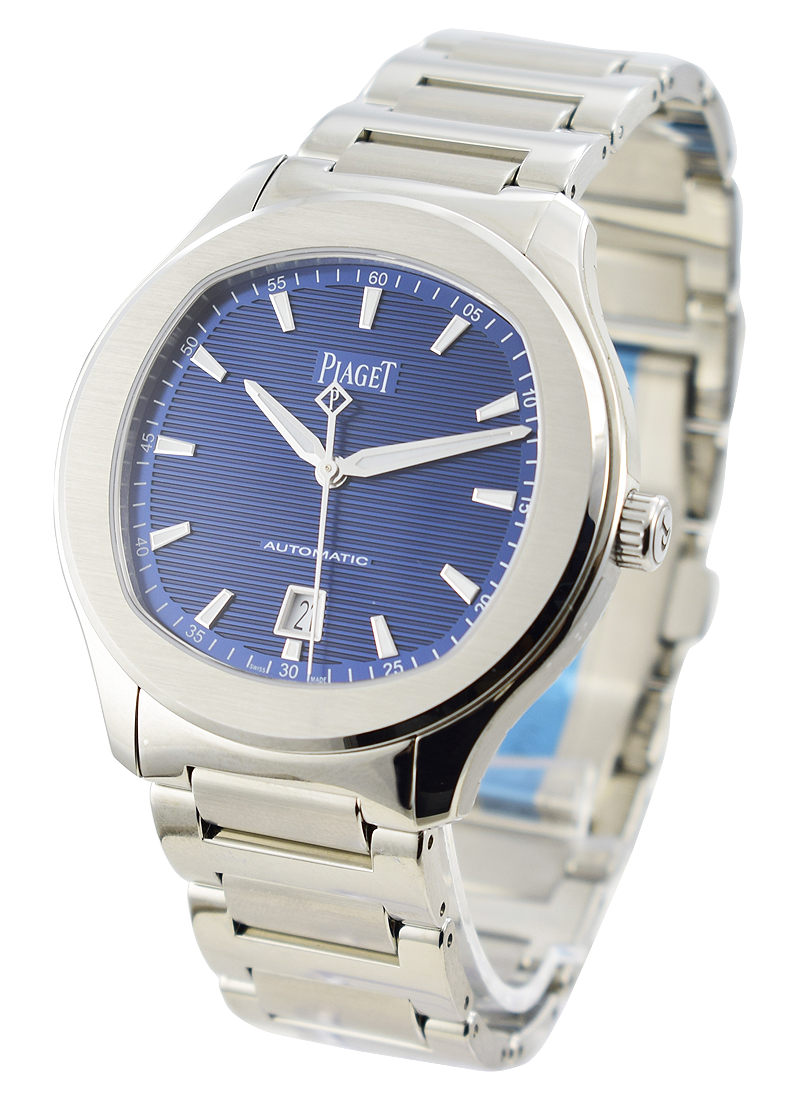 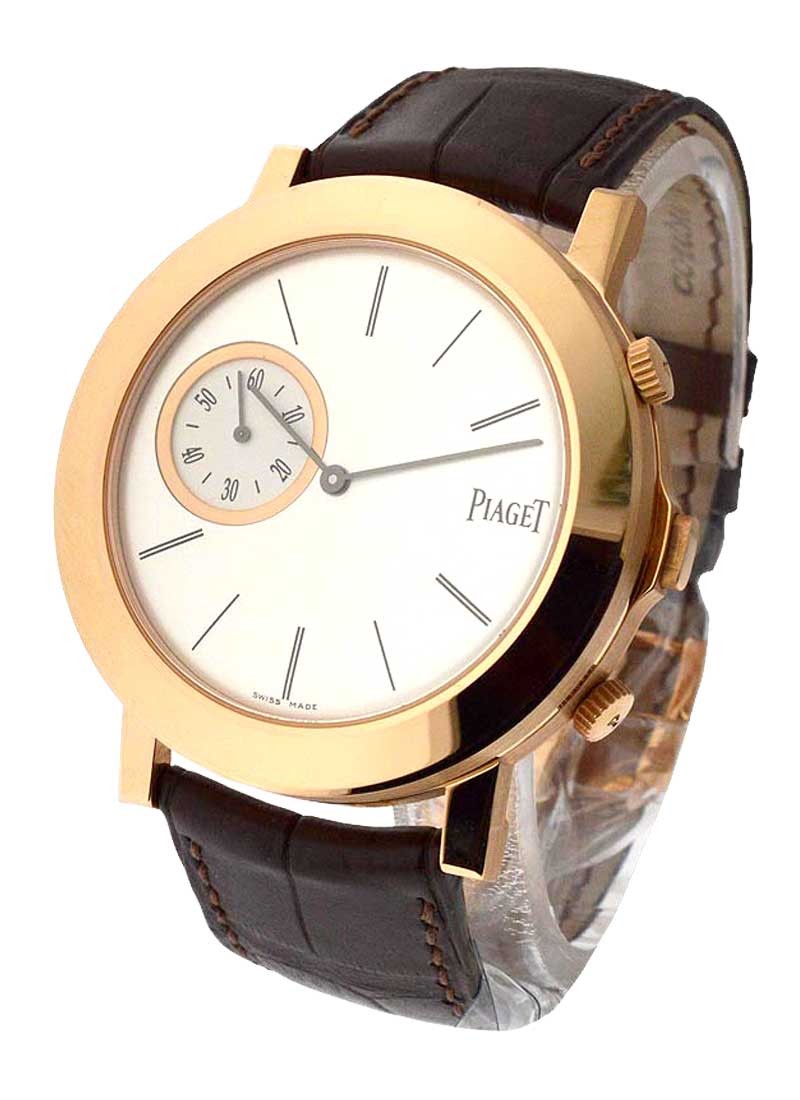 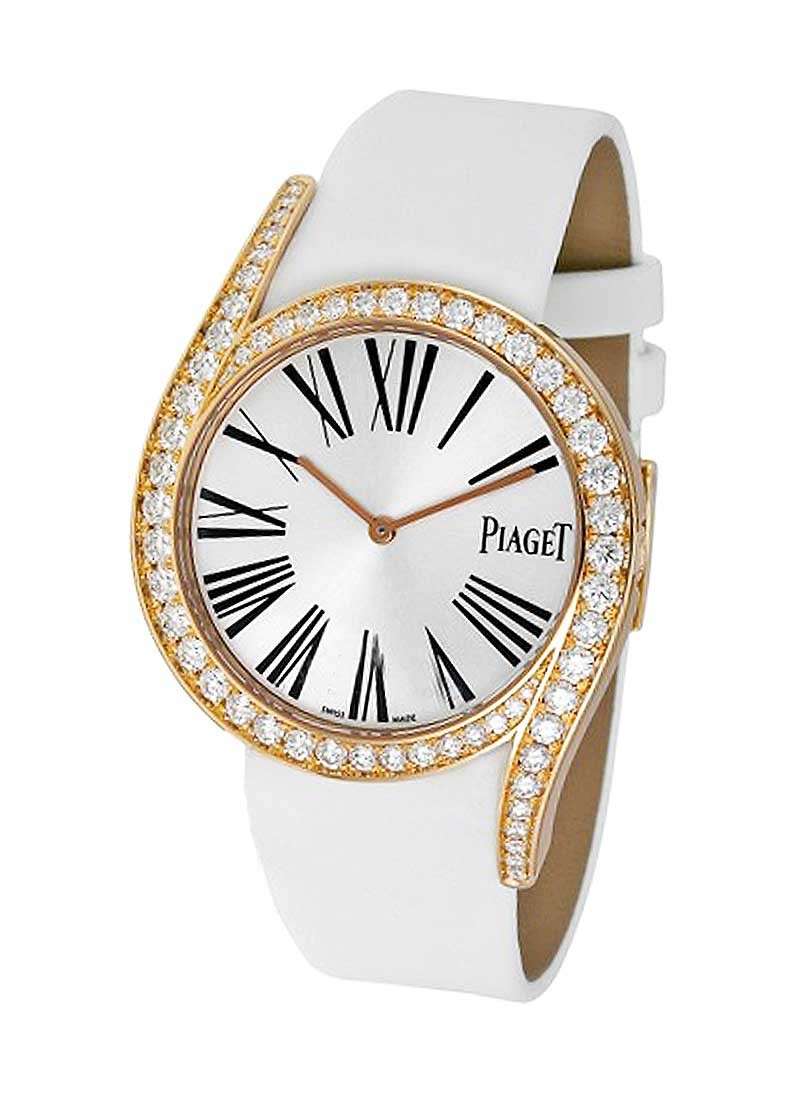 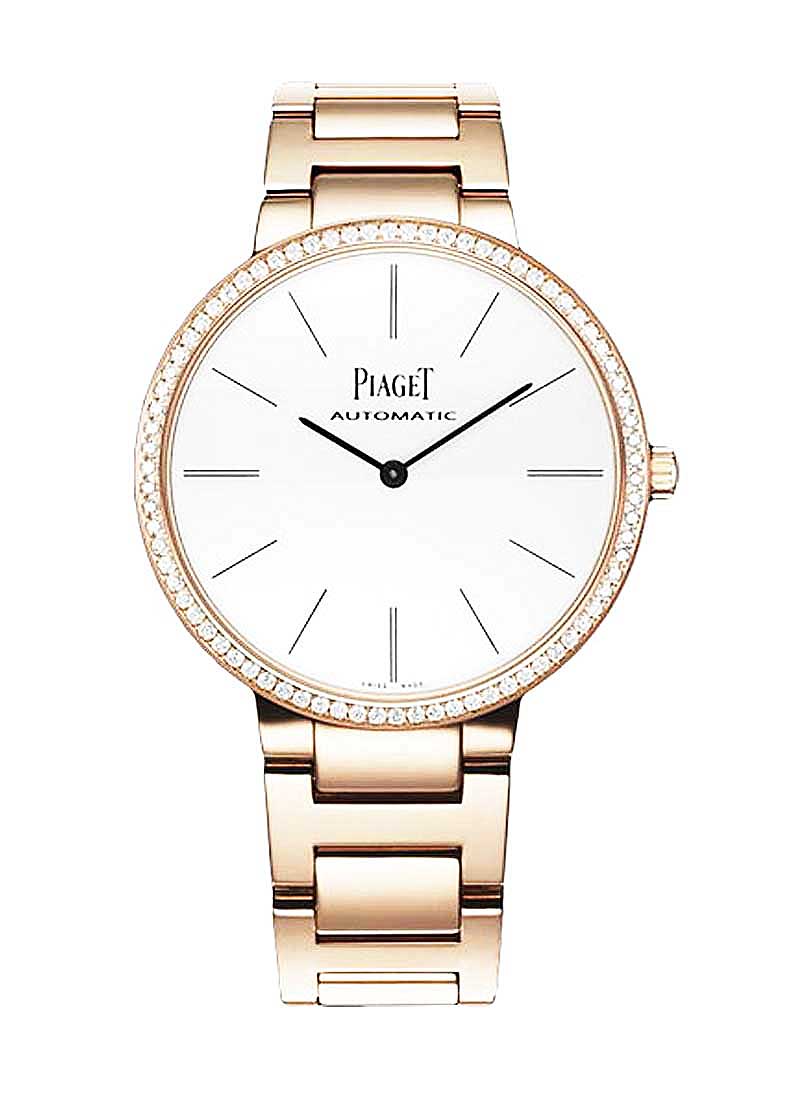 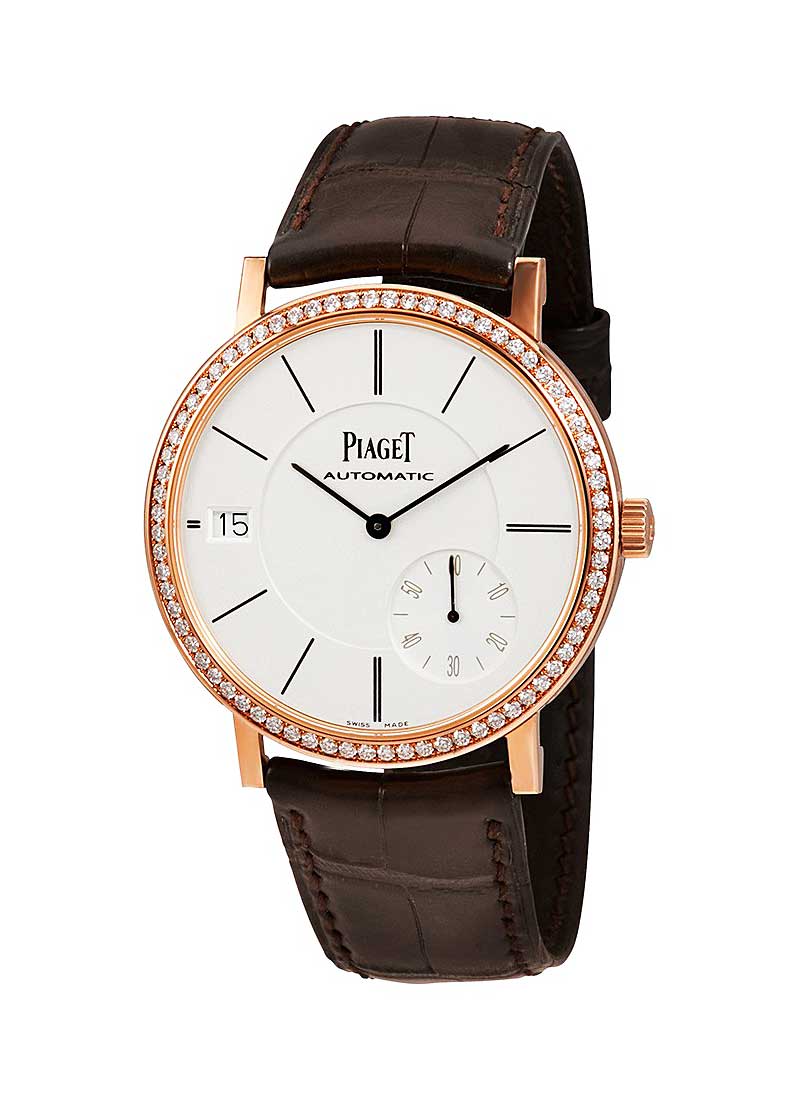 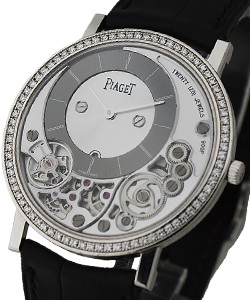 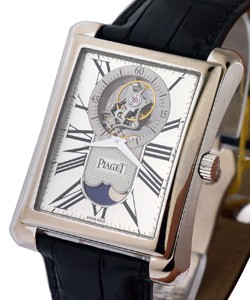 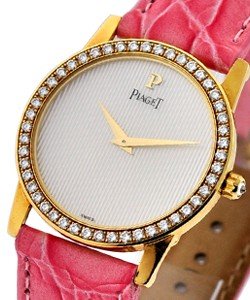 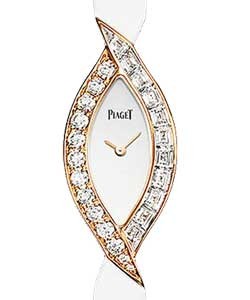 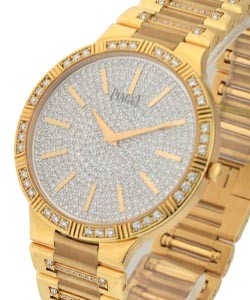 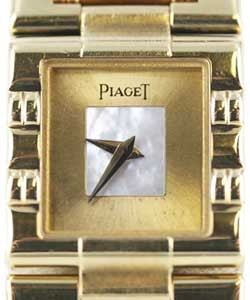 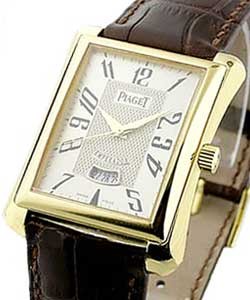 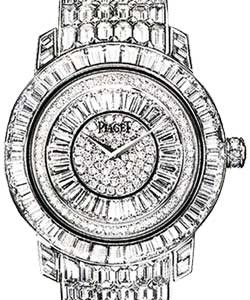 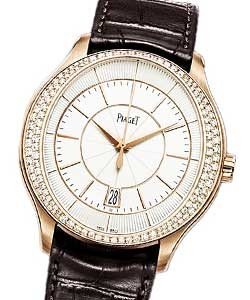 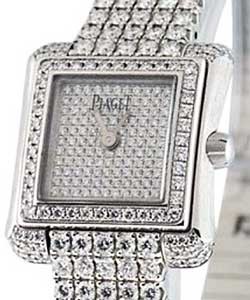 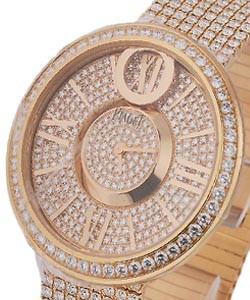 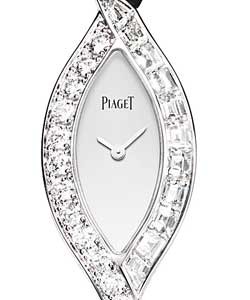 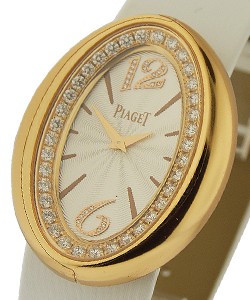 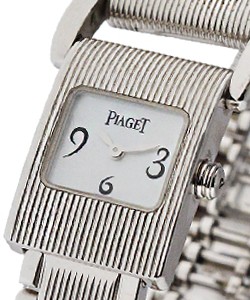 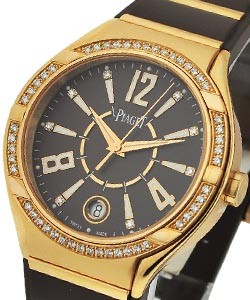 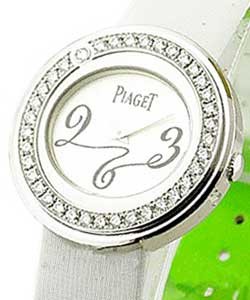 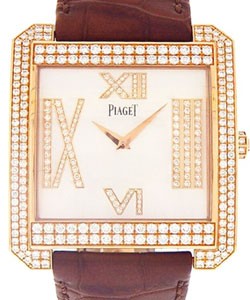 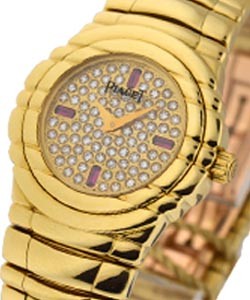 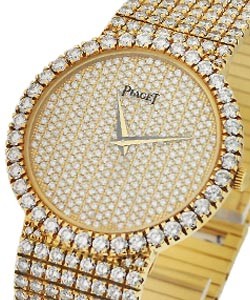 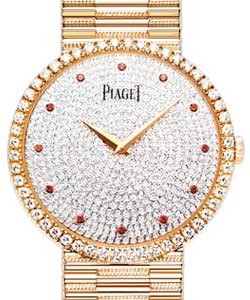 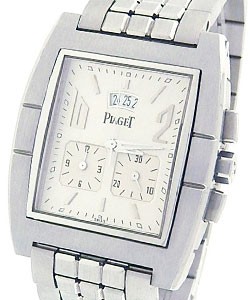 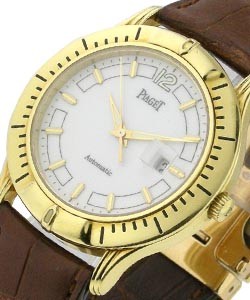 In 1874, Georges Eduoard Piaget founded his eponymous company on his family farm in La Côte-aux-Fées, Switzerland. In the early years of the business, Piaget focussed on the production of precise pocket watch and clock movements. When Georges Piaget's son, Timothée, inherited his family's business in 1911, the brand shifted its focus to the production of wristwatches. Under the direction of the third generation of the Piaget family, the company began to produce ultra-thin movements and watches. In 1957, Piaget released the two millimeter, handwound Caliber 9P. Three years later, the maison produced the thinnest automatic caliber in the world: the 2.3 millimeter thick 12P. The late '50s also saw the production of high jewelry pieces that coincided with the establishment of a Geneva boutique. In the '60s, Piaget began to use vibrant, ornamental stones in its dials. The glamor of these watches drew celebrities like Jackie Kennedy and Elizabeth Taylor to the brand. Piaget first released its more casual, sporty Polo Collection in 1979. In 1988, Piaget was acquired by Richemont. In the 1990s, the company launched the Possession, Limelight, and Altiplano Collections and relaunched the Emperador Collection. More recently, Piaget has stayed true to its history in innovative thinness; the two millimeter thick Altiplano Ultimate Concept watch held the record for the thinnest mechanical watch for several years.

Piaget has long been associated with extreme movement thinness. The Altiplano Collection continues this tradition. The Altiplano is available in classic iterations featuring clean, formal dials with printed stick indexes. At two millimeters thick, the Altiplano Ultimate Concept Watch held the title of world's thinnest watch for years. In comparison to its competitors, the Ultimate Concept more faithfully retains the design of the original collection with hour and minute hands on a singular dial. As is often the case with Piaget watches, the Altiplano can be found in extravagant high jewelry variations.

The Polo is Piaget's take on the elegant luxury sports watch from the 1970s. Unlike many of the company's collections, the simplest Polo model is steel and features a highly functional bracelet. The Polo is defined by a round case which contrasts a large bezel and more polygonal, horizontally embossed dial. The Polo is available in high jewelry and horologically complicated variations.

The Emperador Collection is characterized by a uniquely shaped case and dauphine hands. The Emperador name can be found in a number of collections, including the Polo Collection. The Gouverneur also features dauphine hands, though its round case has a tapered bezel that creates an oval-shaped dial. The Gouverneur can be found in several high complications.

Very few watchmakers rival Piaget's prowess in jewelry watches. The brand is famous for epitomizing the term "Haute Joaillier." The Limelight Gala possesses two curved lugs on opposing sides of the case. The collection is defined by colorful gem settings and bold dials made of precious stones. The Limelight Gala is available in several high jewelry variations. The Possession Collection hosts elegant, colorful, round ladies' watches with no visible lugs and playful, free-spinning bezels. Often, Possession watches are set with precious stones such as diamonds and rubies and feature dials made of materials like mother-of-pearl, lapis lazuli, and malachite.