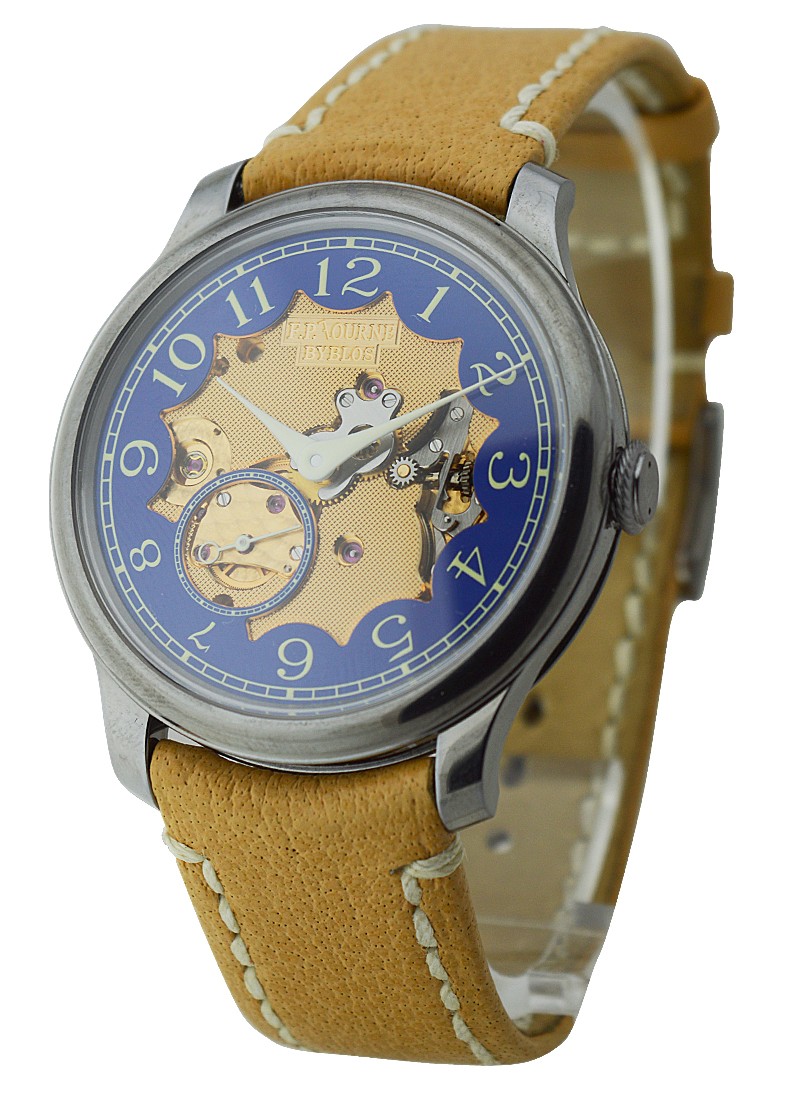 on Brown Leather Strap with Blue Dial - Limited to 99pcs

This watch is also known as: 007-T-C, ByblosChronometre .

Located on the Lebanese coast just north of Beirut - Byblos, was the cradle of the Euro-Mediteraranean civilazation. Being the world's oldest Phoenician port - it became the most important commercial and cultural crossroads by the 4th century before B.C. Produced in 2014 - The Byblos model is a commerative timepiece to the 10th F.P. Journe Boutique.

* https://www.essential-watches.com/ sells only 100% Authentic FP Journe watches, but is not and does not claim to be an Authorized Dealer of ANY brand advertised on our website including FP Journe. Because we are not an Authorized Dealer for FP Journe, we can not advertise their watches as "brand new". For all intents and purposes, the watches we sell are USED, but are in immaculate - perfect - never sold condition. We specialize in discounting only the highest-grade 100% Authentic Swiss and German timepieces. We trust these timepieces to be of such high caliber that we warranty all "unworn condition" watches for a period of 2 years unless it is sold as a used watch, and in that case, you will receive a 1 year warranty. You CAN NOT expect and WILL NOT receive the factory FP Journe warranty on any watch we advertise. We are the sole warrantor of ALL Brands sold on our website.
We encourage you to call us if you have any questions. +1-310-601-7264.