GET - On the App Store
View
The Patek Philippe Perpetual Calendar 3448 - Circa 1971 in Yellow Gold on Black Alligator Leather Strap with Silver Matte Dial-26281 ref no.3448 is featured on our website. 100% authentic Patek Philippe watches. Silver Matte 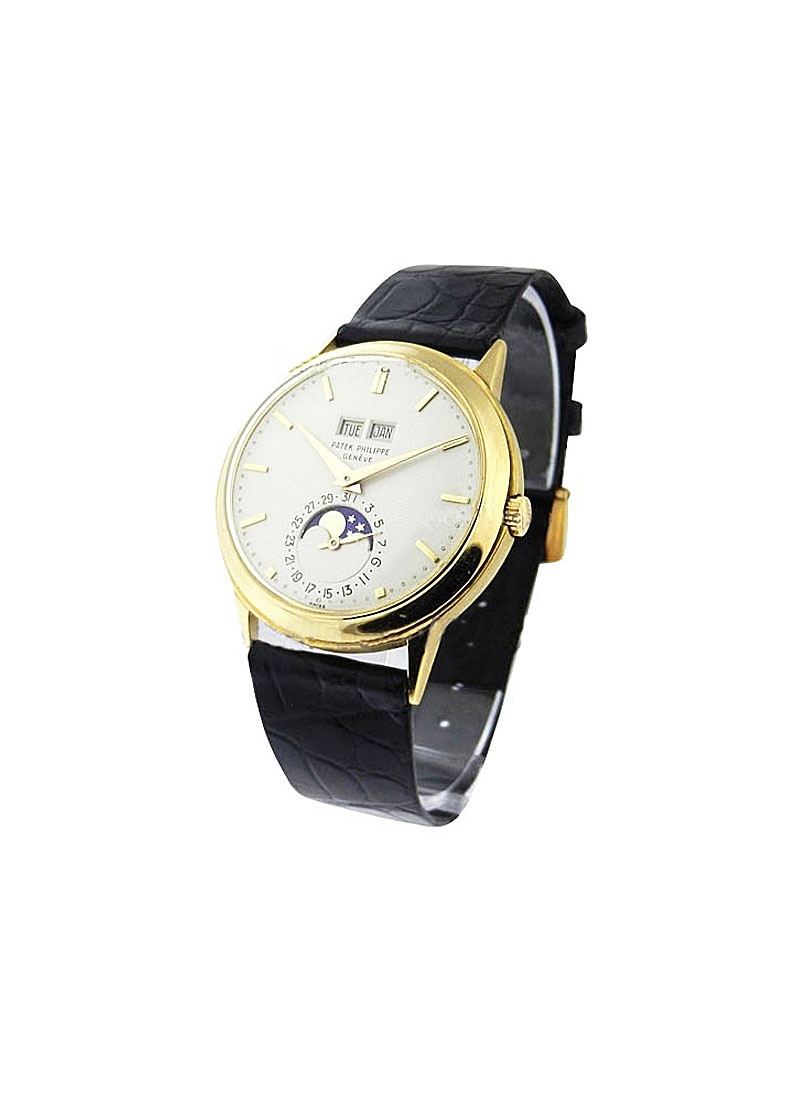 " Appealing not only with its looks but also thanks to its sophisticated calibre 27-460 movement, the perpetual calendar and moon phases, this trophy must be considered one of the most coveted collector's wristwatches. Reference 3448, introduced into the market in 1962, was at the time the first self-winding perpetual calendar wristwatch. According to literature, a total of 586 examples were made, the majority in yellow gold cases. Few watches have been cased in white gold and only two examples in platinum are known to date. Reference 3448 was fitted with the celebrated calibre 27-460, amongst the most sophisticated and lavish automatic movements ever made. It was later upgraded with Patek Philippe's patented perpetual mechanism fitted on the movement plate underneath the dial and renamed 27-460 Q. "