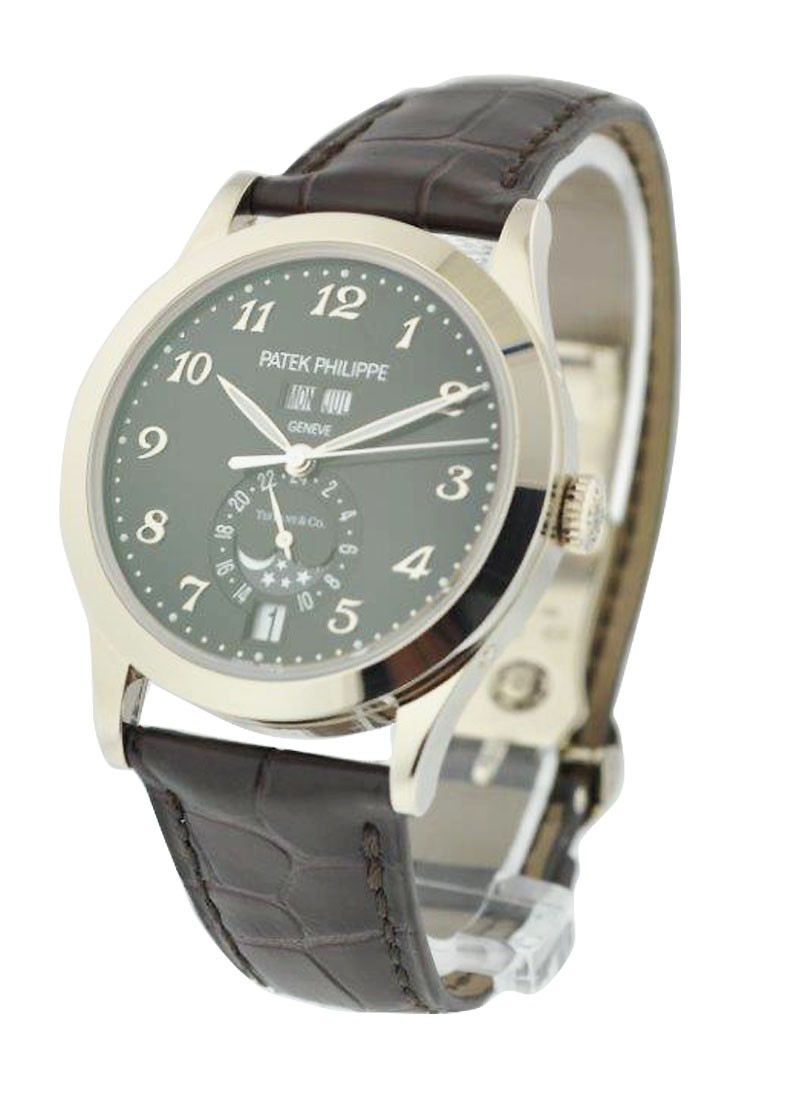 Sells for way over retail pricec. The watch is one of only 100 pieces made though none are numbered. They were offered to Tiffany's special clients as well as by requst of Mr. Thierry Stern. The 5396G-012 is a most unique Annual Calendar with Window designations in several important ways: 1) It is limited, and fully documented as such by both Tiffany and Patek. None were on display at any point and they were placed with people that shopped with Tiffany & Co. (See magazine referenced above and it's paperwork.) 2) The back reads "A shared Vision 2008-2013". It celebrates the 5 year Anniversary of the Salon's opening in 2008. 3) The Moon Phase is inverted. 4) It has Arabic Numbers and hourly markers which are luminescent. (Very Unusual for Patek)