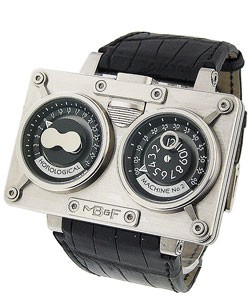 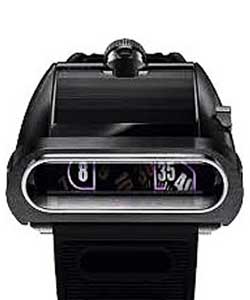 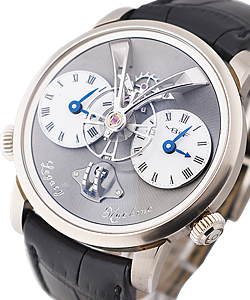 Maximilian Büsser founded Maximilian Büsser and Friends, or MB&F, in 2005. With over 20 years of experience working at Jaeger-LeCoultre and Harry Winston, Büsser's goal was to push the limits of horology by working with the most talented watchmakers. In 2007, MB&F debuted its first watch: the Horological Machine 1. In 2011, the brand introduced the Legacy Machine Collection, which reinterpreted classical watch complications through the use of traditional cases and finishing techniques in combination with the maison’s signature conceptual watchmaking. Its Legacy Machine 1 earned the Men’s Watch Prize and Public Prize at the 2012 Grand Prix d’Horlogerie de Genève. Although collaborating with other companies, MB&F is an independent watchmaker with in-house production capabilities. Its unique approach to watchmaking and limited production make the maison highly prized by collectors.

* https://www.essential-watches.com/ sells only 100% Authentic MB & F watches, but is not and does not claim to be an Authorized Dealer of ANY brand advertised on our website including MB & F. Because we are not an Authorized Dealer for MB & F, we can not advertise their watches as "brand new". For all intents and purposes, the watches we sell are USED, but are in immaculate - perfect - never sold condition. We specialize in discounting only the highest-grade 100% Authentic Swiss and German timepieces. We trust these timepieces to be of such high caliber that we warranty all "unworn condition" watches for a period of 2 years unless it is sold as a used watch, and in that case, you will receive a 1 year warranty. You CAN NOT expect and WILL NOT receive the factory MB & F warranty on any watch we advertise. We are the sole warrantor of ALL Brands sold on our website.
We encourage you to call us if you have any questions. +1-310-601-7264.